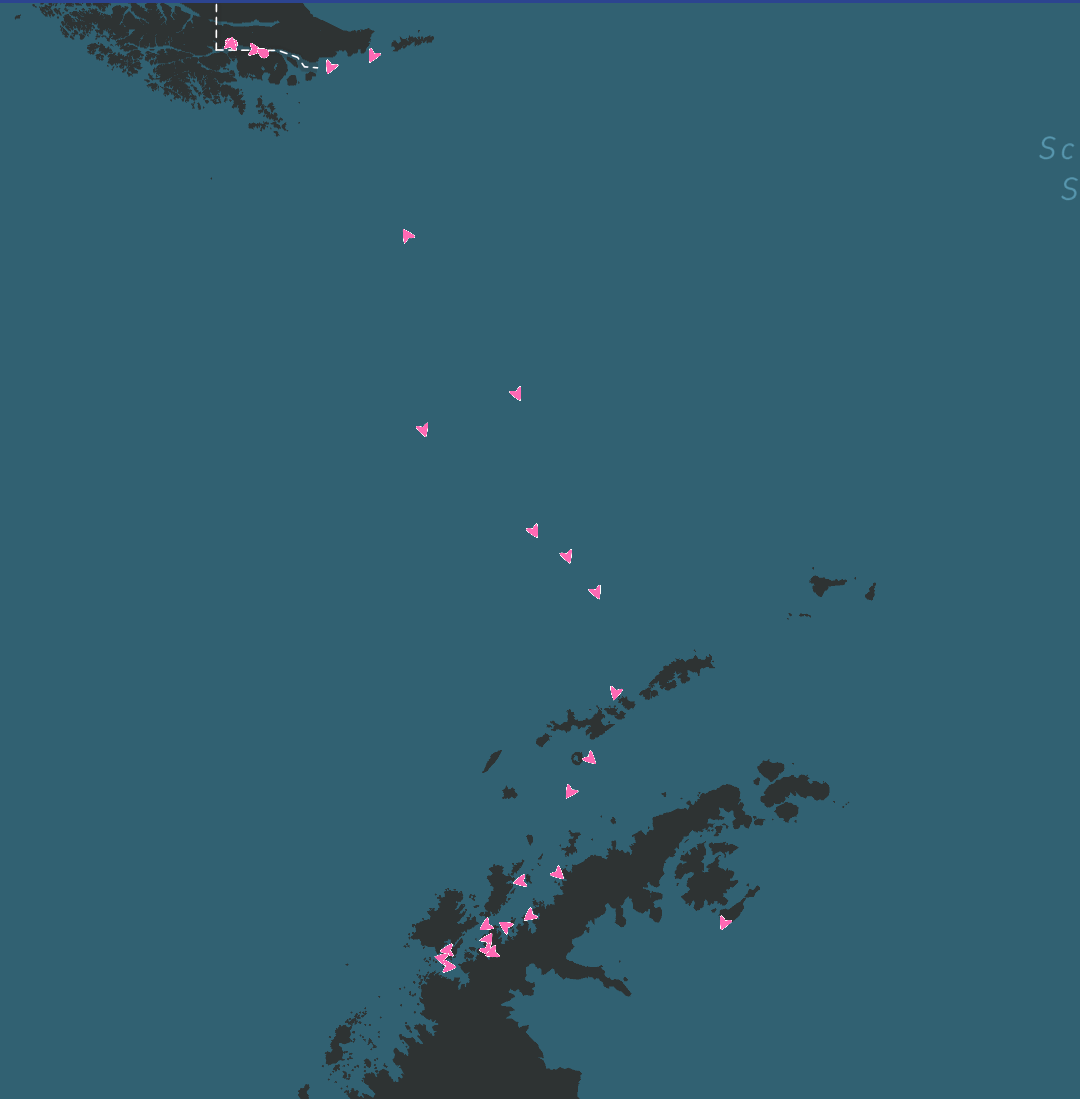 If you have been travelling abroad at all in the past 12 months, you may be able to imagine the ‘fun’ of getting 8 people from UK, Sweden and the USA to Buenos Aires and from there to Ushuaia – especially in the early weeks of rapidly changing rules in the wake of the emerging Omicron variant of Covid-19.

But, the team made it and we can expect that the trials and tribulation of the ‘civilised’ world of international travel are minor in comparison to what lies ahead for them.

Ten minutes ago, SeaVenture was south of the South Shetland Islands, on their way to Portal Point, where the team and equipment will be dropped off.

The scientific mission has started already: polysulphone ultraviolet dosimetry badges have been deployed on the upper deck of SeaVenture, just as they had been in 2012 during the Spirit of Scott expedition, to determine the exposure of the region’s inhabitants and the sea surface to potentially harmful doses of ultraviolet light (UVB).

The 2012 study highlighted that datasets from UV badges obtained at different locations and altitude, effectively deployed as a ‘transect’ study at ground level, add value to those deployed by stationary ground-based instruments and satellites. Not surprisingly, the highest exposure to UV radiation was experienced by the team at high altitude and relatively low total ozone column concentrations measured by satellites. The results of this research were published in Antarctic Science.

The Spirit of Scott expedition team’s science lead Martin Densham co-authored this scientific paper and is leading this scientific project during Antarctic Quest 21 for Andrew Smedley at Manchester University.

The image shows that SeaVenture is not alone: many cruise ships are ‘commuting’ between the Terra del Fuego and the Antarctic Peninsula. This is one important reason for the UV radiation research – a lot of seafarers, scientists in research stations, tourists, the fishing industry and Navy operate this far south.

Featured Image: Screenshot from the Maritime Optima App, which allows live position data from ship’s AIS to be followed.